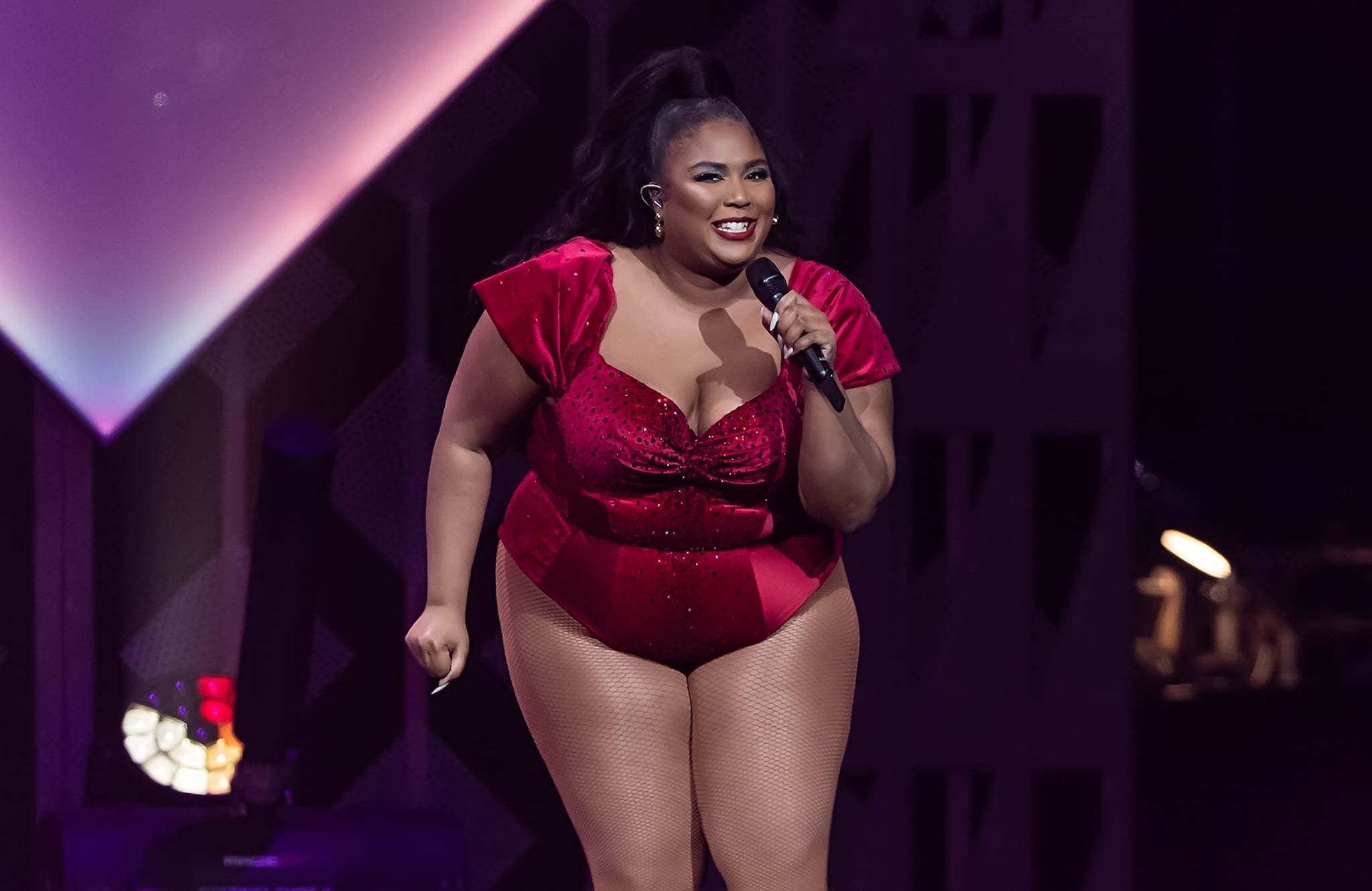 Lizzo may have had one of the biggest glow-ups of the year, but she’s not afraid to look back on her humble beginnings. Shortly after making her debut on Saturday Night Live as the show’s musical guest this past weekend, the “Truth Hurts” singer took to social media on Dec. 22 to share a slightly emotional before-and-after tweet focusing on her career trajectory.

The post includes two similar photos of the 31-year-old dressed as Lady Liberty, though one of them shows her dressed in the iconic statue’s sea-foam-green dress as a sign spinner for Liberty Taxes in her 20s, while the other is an SNL promotional photo in which she’s seen wearing a low-cut black gown and carrying a black, bedazzled torch. “On the left was when I worked for liberty taxes, as a sign spinner . . . on the right is my @nbcsnl debut,” she wrote in the caption. “Don’t stop.. we need you. Your time is coming.” She posted the same photo on Instagram as well, adding a little dose of inspiration for her seven million followers to carry into the new decade. “2020 is yours for the taking,” she wrote.

If the photos above weren’t any indication, 2020 is also Lizzo’s for the taking. After finishing 2019 off strong with her SNL performance, the singer is heading into the new year as the most-nominated artist for the 2020 Grammys, so it’s safe to say that if anyone knows a thing or two about how far chasing your dreams can get you, it’s her. See Lizzo’s before-and-after post below.

On the left was when I worked for liberty taxes, as a sign spinner… on the right is my @nbcsnl debut.

Don’t stop.. we need you. Your time is coming. pic.twitter.com/cPnoCd6K6Q